At a meeting with Traffic Enforcement Officers of the Town of Greenburgh, Village of Irvington and Village of Tarrytown last year, remedies for the dangerous traffic situation in East Irvington were discussed.

The main issues were the vehicular traffic that traverses between Broadway (Rt. 9) and Tarrytown Rd (Rt. 119) through East Irvington, and the dangerous conditions at the intersection of Taxter Road, Mountain Road and Sunnyside Lane. Since East Irvington borders on these municipalities, all three Police Departments were made aware of the traffic infractions caused by "thru-traffic" drivers.

The taskforce wishes to thank the three departments for their efforts in reducing the problems. However, human nature being what it is, the infractions are on the rise again. The shouts and pleadings of the local pedestrians to “slow down” are met with complete disregard by the perpetrators and rebuffed with a hard stomp on the accelerator or a raised “arm” as a sign of contempt — some with cell phones in hand and some with out-of-state license plates.

We have in hand the results of a traffic survey, contracted for by the Town of Greenburgh, documenting weekly vehicular traffic on two-lane Taxter Road to be in the thousands.

We understand that traffic has bottlenecked throughout the area and any road that is passable is now used to escape this traffic nightmare. We are willing to do our share for the public good. However, the disregard for local traffic laws by people from out of the area, and being summarily brushed off by roadrunners who exceed the speed limit by 15 to 20 miles mph, is unacceptable.

Commercial traffic is another problem. Traffic signs are posted indicating “No Through Commercial Traffic”. But nevertheless, commercial buses, school buses, eighteen-wheelers, ten-wheel dump trucks, delivery trucks, etc. all can be followed traversing between Rt. 119 and Rt. 9 without stopping. One fatality already occurred a few years ago.

Most drivers are not intentionally abusive, however they should be aware of where they are driving and not be daydreaming, on their cell phones or talking to someone in the passenger seat, oblivious to traffic signs and conditions. Pedestrian traffic at the little Deli is extremely high during the rush hours and an accident is inevitable.

We write this letter in hope that the municipalities involved will do the following: (1) Enforce the existing speed limits permanently; (2) Enforce the "no-through-trucking" ordinance; (3) Paint a pedestrian crosswalk and/or place speed bumps across Taxter Rd at the Deli location. This should alleviate the dangerous condition at the intersection. As far as Taxter Road &amp; Sunnyside Lane are concerned, more vigilant patrolling should ensure the safety issue in a pro-active manner.

Op-Ed: Creating Magic on the Hudson 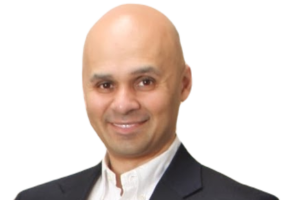 Letter to the Editor: Support for Roger Battacharia 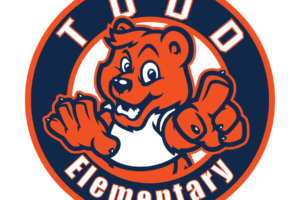