In today’s age, politics, an activity once considered to be resigned for “The Greatest Generation” and their children, has increasingly become the domain of the next generation. Even before the COVID Crisis, young people made up the foundation of movements like Black Lives Matter and Our Revolution, remarkable millennials like Alexandria Ocasio-Cortez and Ilhan Omar are quickly becoming the front-women of the Democratic Party, and young people are what gave Senator Bernie Sanders’ campaign for President its ability to go so far in the Democratic Presidential Primary in both 2016 and 2020. It is hard, when speaking about this activism, not to notice where their beliefs lie: on the Progressive Left. A generation that has become the standard bearer for economic and social justice, and the scars that lead to its conclusions, finds no better partner than NY-17’s very own Congressional Candidate, Mondaire Jones.

Mondaire Jones is the only truly progressive candidate running in New York’s 17th Congressional District democratic primary, and it’s clear why. As a child, Mondaire grew up in Spring Valley, NY, born to a single mother and raised in a low-income household. A native of Rockland County, his family relied on government programs to stay stable, living in Section 8 housing and affording food through food stamps, while obtaining his education through the East Ramapo School District. His grandparents had helped his mother raise and support him, working low-income jobs to do so. When his family couldn’t afford daycare, Mondaire’s grandmother took him to work with her; where he watched her clean the houses of those he would one day seek to represent. His grandmother, when her health began to deteriorate, served lunch in East Ramapo public schools, well into her 70s, to afford medical procedures and prescription drugs.

Despite these experiences, or perhaps because of them, he graduated from Stanford University and Harvard Law School, while maintaining a commitment to activism and support for marginalized communities throughout. Before seeking elected office, he worked for Barack Obama’s Department of Justice, represented low-income people in criminal proceedings, and served as a litigator and legal advisor for the Westchester County Legislature, among other things. This dedication to public service, ultimately leading to his run for Congress, is reflected in his policy platform.

When you have experienced poverty, especially in what is considered to be one of the wealthiest states in America, you know all about the glaring inadequacies in our social safety net. To be working class in New York is to be in a constant state of worry for your survival ; the fabled American Dream is entirely out of reach. WIthout healthcare, one lives in fear of what happens if, and when, they get sick. Food insecurity turns someone’s performance in the economy, however marginal an improvement, into a life-or-death scenario; while housing insecurity can thrust a family onto the streets, tying them to all other forms of financial insecurity. Even ignoring poverty in America, how can people look to the future when it is put in jeopardy by Climate Change? Too many Millenials and members of Generation Z have, since before the outbreak of COVID in America, stared in awe of these problems, and cried out for a solution. Mondaire has been a witness to all of it. His personal experiences are what have put issues like Medicare for All, universal childcare, and a Green New Deal for public housing at the forefront of his campaign.

Now, when our is staring down an economic depression, and nation-wide civil/racial unrest not seen since the LA Riots and the beating of Rodney King, it draws people’s eyes to the solutions brought to our attention by people like Bernie Sanders and Elizabeth Warren, among others. Medicare for All becomes a far-more palatable program when being uninsured keeps people from getting treatment for COVID and millions have lost their employer-based insurance. Universal childcare seems like the next step for America when states like New York and Tennessee seek to provide daycare services to essential workers. Poverty looks like an impediment to a functioning society when New York City delayed shutting down schools, as they provided the only meal that some children would receive during the weekdays.

For too long, people have looked at politics as an exercise in preservation against a greater villain, described as the fight between the lesser of two evils, rather than a way to pursue a vision for society that truly brings about the betterment of the nation. But young people like us believe that politics does not have to be that way.

This unprecedented moment in history calls for leadership prepared to fight for the bold solutions necessary to meet its unique challenges. Electing Mondaire Jones, whose policies  offer realistic solutions to the problems faced today, and who would be the first openly gay black member of Congress, would meet this moment.

This is why voting for Mondaire in NY-17’s Democratic primary on June 23rd is so important, whether you are young or old, black or white, gay or straight, and why Youths for Mondaire are fighting for his candidacy. Because for him, policy is personal, as it has been and will be for many in America.

Letter to the Editor: Democratic Process in Peekskill

Letter to the Editor: Your Help Wanted – So We Can Help Seniors Get Vaccination Appointments 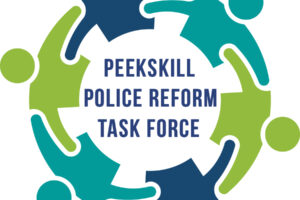