Artis Senior Living of Briarcliff Manor and the Salvation Army of White Plains are hosting a coat drive. The coat drive is for children and adults to keep everyone warm this winter. This program depends on people like you. Please take a few minutes to drop off a new or gently used coat. New and […] Tompkins Corners Cultural Center announces a new online art exhibit that will run from Feb 2 through Feb 28, 2022. This exhibit will present art inspired by the many facets of love - personal expressions of this powerful emotion. What is your expression of love? We will be looking for paintings, drawings, sculpture, and photography. […] 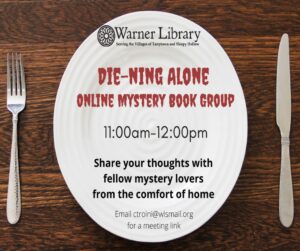 Set your table, grab your magnifying glass, and join the Mystery Book Group every 3rd Tuesday at 11 AM. Send an email to Cassandra Troini at ctroini@wlsmail.org to receive a Zoom link. Books are available at the Library's Circulation Desk one month prior to the meeting and are accessible from Hoopla and Overdrive anytime. For […] 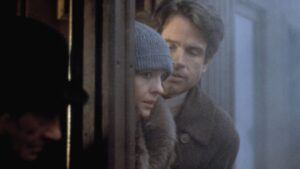 Hollywood icon Warren Beatty (The Parallax View, McCabe & Mrs. Miller) co-wrote, directed and starred in this film about the life of John Reed, the American journalist and author who covered the 1917 Russian Revolution with his book, “Ten Days That Shook the World.” The film chronicles Reed’s life and work as he meets Louise […]

Get Your Paint On With Risa: Hand-Painted Winter Wreath via Zoom Warm up the winter with a gorgeous hand-painted winter wreath, led by Risa Getman, owner of Hudson Valley Vintage. Participants will paint this lovely wreath on a 6" x 6" wood canvas. Registration begins January 4 via the library's Web site. A $10 materials fee is due by January 15. This program will be via […]

How To Properly Research A College or University – Webinar 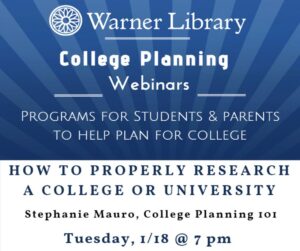 When visiting a college whether in-person or virtually, it’s important to ask questions so that you can make an informed decision. In this webinar, you will learn all the important questions you should be asking colleges in regard to academic internships/co-ops, student life on campus as well as what to do on a campus tour. […]