Writing Workshop with Kirsten Bakis: I Am (Not) A Real Writer 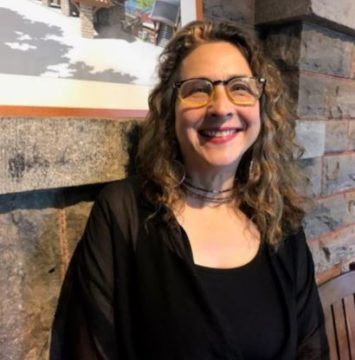 Please note that this is a six-week session starting on Saturday March 7th. Tickets for this series are $320. Please register in advance at:
https://www.writerscenter.org/calendar/realwriter/

“I am not a real writer” is what I hear most often from people who almost take a class, but don’t. This fiction writing intensive is for everyone who is concerned about having what it takes, whether the issue is “not being a writer,” “having no good ideas,” or anything else. No experience required. Through exploratory exercises, light readings and discussion, this class will help you find some of the stories that (spoiler alert!) are definitely hiding inside you.

Kirsten Bakis‘s novel Lives of the Monster Dogs was a New York Times Notable Book of the Year, won a Bram Stoker Award, was shortlisted for Britain’s prestigious Baily’s Prize, and has a band named after it. A special 20th anniversary edition came out in 2017, with an introduction by Jeff VanderMeer. Bakis is the recipient of a Whiting Award, a Michener/Copernicus Society of America grant, and a Teaching/Writing Fellowship from the Iowa Writers’ Workshop. She’s currently at work on a novel, is an editor-at-large for the literary journal Origins, and has been a member of the resident faculty at the Yale Summer Conference since it began. There’s a great essay in The Atlantic on The Lives of the Monster Dogs on the occasion of its 20th Anniversary.