Virtual Discussion: How the Internet Changed the Media (and Why Newspapers, Music, and Television Will Never Be the Same) 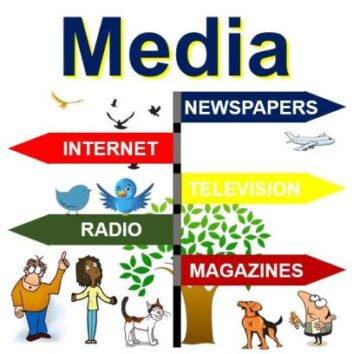 Virtual Discussion: How the Internet Changed the Media (and Why Newspapers, Music, and Television Will Never Be the Same)
Tuesday, January 11, 7:00 – 8:00 pm

This illustrated lecture will examine the many ways the internet has radically transformed the “old” media of newspapers, magazines, the recording industry, film, radio, and television. It will trace how this digital revolution took place in such a short period of time, and what lies ahead in the continually changing era of “new” media. Among the topics to be explored: will there be a printed newspaper in any city ten years from now? Will newsstands and bookstores disappear as fast as record stores? Will movie theaters exist in their present form? Will prime-time television vanish?

Presenter – Brian Rose is a professor emeritus at Fordham University, where he taught for 38 years in the Department of Communication and Media Studies. He’s written several books on television history and cultural programming, and conducted more than a hundred Q&A’s with leading directors, actors, and writers for the Academy of Motion Picture Arts & Sciences, the Screen Actors Guild, the British Academy of Film and Television Arts, and the Directors Guild of America.

Please register on our online calendar at www.somerslibrary.org or call the library at 914-232-5717 in order to have access to these meetings. You will receive an email prior to the meeting with a Zoom invitation.