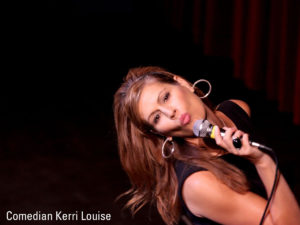 Get ready to ROFL (roll on the floor laughing) with two nights of women-empowered stand-up. ArtsWestchester’s first-ever tribute to the art of laughter features acclaimed comedians starring Kerri Louise on Friday, February 8 and Judy Gold on February 9. Part Generation-X, part Girl-Next-Door, Kerri Louise is a pleasure to watch. Her movie debut in The Next Karate Kid addicted her to show-biz, hence her move from her hometown of Boston to New York City. This is where she quickly established herself as a player in the top comedy clubs and festivals like Montreal, HBO Aspen Comedy Festival and most recently the Lucille Ball Comedy Festival. These credits plus her popular webisode on youtube has made Kerri Louise an attraction. Working throughout the country and leaving her audiences applauding, Kerri Louise is the comic to watch. – Press KerriLouise.com Doors open at 7pm Performance at 8pm $75 | Gotta Love the Arts Package includes one ticket for Alexis Cole (Feb. 15) and one ticket to each comedy night performance (Feb. 8 and Feb. 9) $50| Comedy Series includes one ticket for each night of comedy $30 | Admit One (All tickets include one free glass of wine, beer or soft drink.)