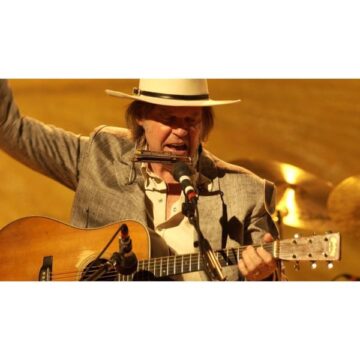 Come kick back (and cool off) after the Pleasantville Music Festival with a screening of one of Jonathan Demme’s musical masterpieces!

“The record of a life, a musical and spiritual autobiography [that] taps into the kind of unashamed, unsentimental emotion that’s become increasingly rare in films of any kind.” (L.A. Times)

Jonathan was in perfect sync with singer/songwriter Neil Young, ultimately making three first-class films with the musician. His filmmaking is so natural and intimate that Rolling Stone proclaimed: “This is more than a movie, it’s a privilege.” Shot in Nashville’s hallowed Ryman Auditorium at the world premiere of Young’s Prairie Wind show—with plenty of acoustic songs from his long career—this work is touching and beautiful, serving as both a concert film as well as a meditation on mortality and the passage of time.