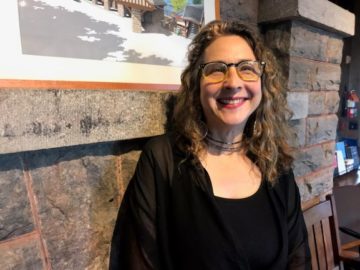 Registration for this 4-hour intensive course is $124. Please register at
https://www.writerscenter.org/calendar/plotjan/

Instructor Kirsten Bakis‘s novel Lives of the Monster Dogs was a New York Times Notable Book of the Year, won a Bram Stoker Award, was shortlisted for Britain’s prestigious Baily’s Prize, and has a band named after it. A special 20th anniversary edition came out in 2017, with an introduction by Jeff VanderMeer. Bakis is the recipient of a Whiting Award, a Michener/Copernicus Society of America grant, and a Teaching/Writing Fellowship from the Iowa Writers’ Workshop. She’s currently at work on a novel, is an editor-at-large for the literary journal Origins, and has been a member of the resident faculty at the Yale Summer Conference since it began. There’s a great essay in The Atlantic on The Lives of the Monster Dogs on the occasion of its 20th Anniversary.

**NYC writers: the HVWC is a short, scenic train ride on Metro North’s Hudson line. We are located immediately at the Philipse Manor RR station. No car needed! Join us!