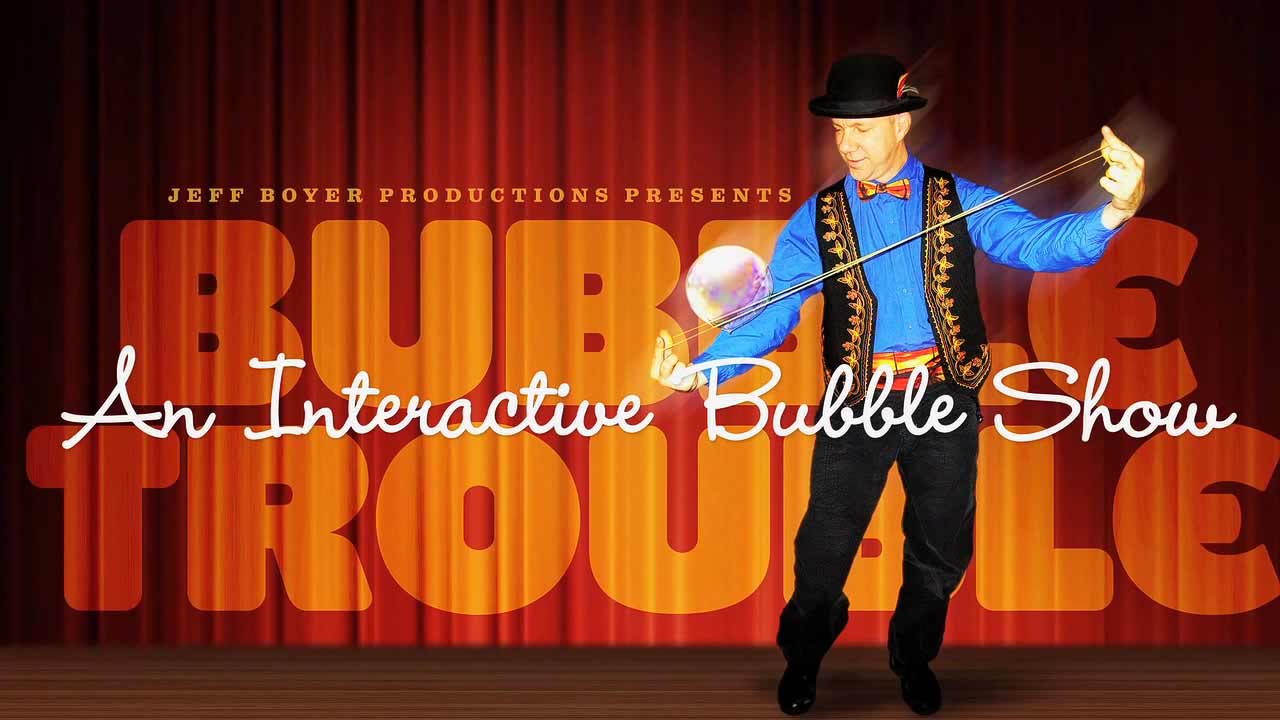 Bubble Trouble – A bubble volcano. Bubble roller coaster. A kid in a bubble? Jeff Boyer takes bubbles to the max in this one-man bubble extravaganza. It’s the craziest, most creative bubble show around. Jeff juggles bubbles, sculpts and builds with bubbles, makes fog-filled bubbles and more. Mixing comedy, music and a unique level of audience participation, he engages and delights audiences of all ages.

Jeff Boyer is a proven crowd pleasing performer engaging, amusing and educating audiences for over 21 years. He’s been excited about bubbles and physics since he was a kid. Studying acting at SUNY Watertown and the Boston Shakespeare Company brought his skills and calling into focus. Jeff moved into performing for family audiences in 1993. He’s enjoyed being part of ensemble casts and being a one man show including musical theatre, drama, comedy, science and magic performance. He started Jeff Boyer Productions in 1999 and has been wowing audiences internationally with bubbles, science, and comedy ever since.