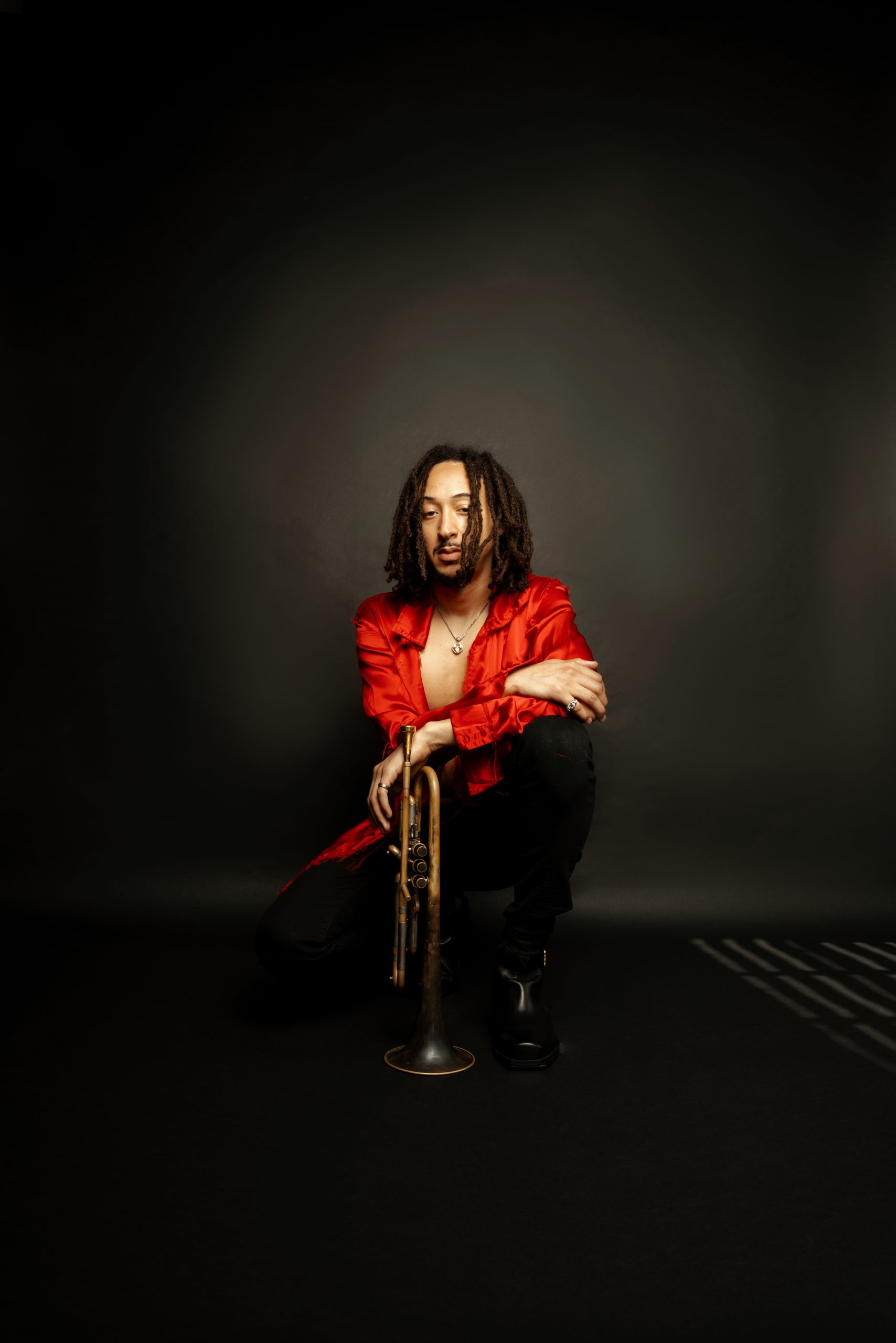 Theo Croker is a storyteller who speaks through his trumpet. The GRAMMY® Award-nominated artist, composer, producer, thought leader and influencer projects his voice through the music. After seven years of sojourn in Shanghai, Croker crash-landed with an original sound on the 2014 Dee Dee Bridgewater-assisted album Afro Physicist. Following the success of Escape Velocity in 2016, he ascended to a new stratosphere with Star People Nation in 2019. The record garnered a nomination in the category of “Best Contemporary Instrumental Album” at the 62nd GRAMMY® Awards. Along the way, he has also lent his sound to platinum-selling albums by everyone from J. Cole to Ari Lennox while touring his band across the globe. In 2020, he hunkered down at his childhood home in the midst of the global pandemic and wrote his sixth full-length album, which is set to be released this fall on SPN Records via Sony Music Masterworks. Croker will be performing two sets, one at 7:30pm, and one at 9pm. Tickets are $25 for one of these shows, or $40 for both.
This event is part of the 2021 JazzFest White Plains. For its tenth year, the festival remains true to its roots, presenting jazz from an outstanding roster of Westchester and NYC musicians. From September 9-12, we welcome audiences back to see established jazz greats, as well as rising stars who are carrying jazz in new directions. Our 2021 programs will be presented in-person and virtually over four days. Visit artswestchester.org to see the full lineup.

A partnership between ArtsWestchester, the City of White Plains and the White Plains BID, JazzFest has become a signature White Plains event presenting free and affordable jazz experiences to jazz enthusiasts from Westchester and beyond.