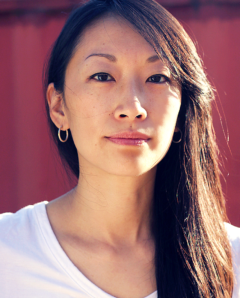 After two tremendous virtual festivals, we are thrilled to invite you to our first in-person Arts Incubator event in years — hosted at the Irvington Public Library!

Join us for a reading of Statewide Self Storage from playwright Rachel Yong. Set at a row of outdoor storage units in a suburban desert, Yong’s play is a thoughtful, moving tale of fathers and daughters, finding compassion, and making sense of the stuff we accumulate in our lives.

Rachel Yong is a writer and actor residing in Brooklyn whose play Guilt is a Mother was featured in Irvington Theater’s 2021 Arts Incubator Short Play Fest. Her plays have been performed at The Flea Theater, JACK, HERE, Berkeley Rep, UC Berkeley, and Stanford University. She is a founding member of Decent Company, where she wrote and performed three solo shows, including porn at grandma’s house, per | form, and Diver Girl: or, The Most Fearless Rachel Yong! Prior to moving to New York, she was a proud member of PlayGround, the Bay Area’s leading playwright incubator. She is the writer and creator of the comedy web series Randee So Dandy and has written and produced two short films screened at the Asian American International Film Festival. She also writes essays, novels, reviews, and poems.

This Arts Incubator reading of Statewide Self Storage is directed by Gregory G. Allen. Casting will be announced soon.

The Irvington Theater Arts Incubator showcases in-development works that invite you into the creative process. Explore past works from this series on YouTube.