Friends of The Warner Library Holiday Concert: Songs of The Season 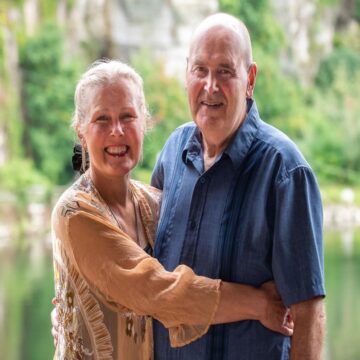 The Friends of The Warner Library is proud to present a Holiday Concert featuring Cris Groenendaal and Sue Anderson.

Join us on Saturday, December 17th at 2:30 PM for a special Holiday Concert that will feature husband and wife duo Cris Groenendaal and Sue Anderson. Together they will be performing songs of the Holiday Season.

Cris Groenendaal and his wife, Sue Anderson, have produced two solo albums: Always and A Christmas Wish. Other recordings include the role of Billy Crocker on EMI’s Anything Goes, RCA’s A Stephen Sondheim Evening, and Book-of-The-Month Records’ Songs of New York and Sondheim albums.

The original “Andre” in the Broadway production of The Phantom of The Opera, Mr. Groenendaal continued with Phantom for over 850 performances. An accomplished pianist, Ms. Anderson was the featured on-stage pianist in Broadway’s Jerry’s Girls. She also performs regularly at Carnegie Hall with the all-state choirs produced by Field Studies International.