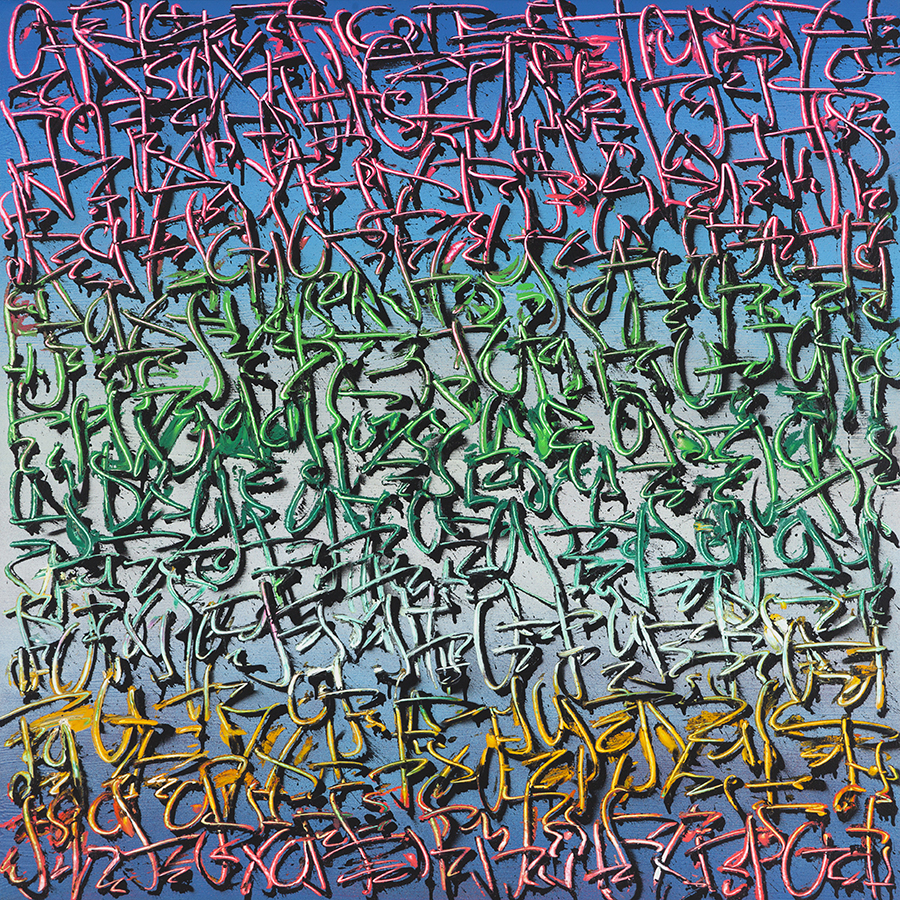 TANC is a recognized Graffiti Artist from France. He, as many of his fellow Street Artists, has crossed-over from the street to the studio, developing a new generation of works whose urban roots continue to influence and dictate the arc of a uniquely realized Action-Oriented Series. Emphatic and immediate, these works are achieved through the redundancy of overlapping lines, the interrelationship between their placement and their vibrational and tonal effect. Automatic writing, spray painting and dripping pigment are employed in rhythmic, gestural markings. These compositions of pure abstraction, characterized by strong contours and geometric forms, a continuum of linear and typographical explorations, are constructed with spontaneity, vitality and utmost clarity. Scored electronic musings reside within the heart and body of these Abstract and Gestural works, rendered distinct by the effects of the interpretive applications and their kinetic character.
TANC’s work has gained international prominence with exhibitions in France, Germany, the UK, the Middle East, and New York. Canfin Gallery welcomes him to our International stable of artists.