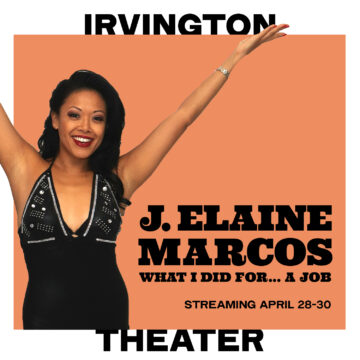 With ten Broadway shows under her belt, J. Elaine Marcos is a veteran of the industry and a bona fide triple threat. What I Did For… A Job is Marcos’ hilarious, heartfelt one-woman show that reveals her rule-breaking approach to auditioning while retracing her unique journey of crossing casting barriers to find success on stage and screen.

Marcos has starred in some of Broadway’s most exciting musical revivals of the last twenty years, including Flower Drum Song with Lea Salonga, Sweet Charity with Christina Applegate, A Chorus Line with Mario Lopez, and most recently as Lily St. Regis in Annie opposite Jane Lynch’s Miss Hannigian. Her on-screen work includes Fox’s Rent: Live and comedic stints in Grace and Frankie, 30 Rock, and 2 Broke Girls.