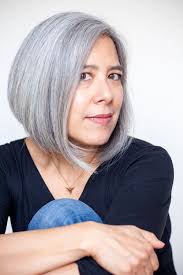 Susan Choi’s first novel, The Foreign Student, won the Asian-American Literary Award for fiction. Her second novel, American Woman, was a finalist for the 2004 Pulitzer Prize. Her third novel, A Person of Interest, was a finalist for the 2009 PEN/Faulkner Award. In 2010 she was named the inaugural recipient of the PEN/W.G. Sebald Award. Her fourth novel, My Education, received a 2014 Lammy Award. Her fifth novel is Trust Exercise (April 2019). A recipient of fellowships from the National Endowment for the Arts and the Guggenheim Foundation, she teaches fiction writing at Yale and lives in Brooklyn.

Helen Phillips’s fifth book, The Need, was published in 2019 by Simon & Schuster in the U.S., and by Chatto & Windus in the U.K. Her short story collection Some Possible Solutions (Henry Holt, 2016) received the 2017 John Gardner Fiction Book Award. Her novel The Beautiful Bureaucrat (Henry Holt, 2015), a New York Times Notable Book of 2015, was a finalist for the New York Public Library’s Young Lions Award and the Los Angeles Times Book Prize. Phillips has received a Rona Jaffe Foundation Writer’s Award, the Italo Calvino Prize in Fabulist Fiction, the Iowa Review Nonfiction Award, the DIAGRAM Innovative Fiction Award, and a Ucross Foundation residency. A graduate of Yale and the Brooklyn College MFA program, she is an associate professor at Brooklyn College.