An Evening with Nick Flynn & Killdeer 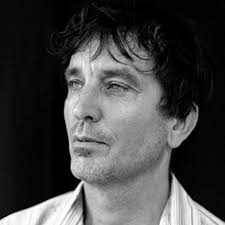 Join Nick Flynn & the band Killdeer as they kick off the Fall 2019 Reading series and celebrate the launch of
Flynn’s new poetry collection, I Will Destroy You (Graywolf Press, 2019).

“What is there to say when a book is such absolute perfection—beauty, grief, and redemption—that it literally takes all words and air from the mouth?”—Jacqueline Woodson

Beginning with a poem called “Confessional” and ending with a poem titled “Saint Augustine,” I Will Destroy You interrogates the potential of art to be redemptive, to remake and reform. But first the maker of art must claim responsibility for his past, his actions, his propensity to destroy others and himself. “Begin by descending,” Augustine says, and the poems delve into the deepest, most defeating parts of the self: addiction, temptation, infidelity, and repressed memory. These are poems of profound self-scrutiny and lyric intensity, jagged and probing. I Will Destroy You is an honest accounting of all that love must transcend and what we must risk for its truth.

Nick Flynn is the author of five books of poetry all published by Graywolf Press: I Will Destroy You (forthcoming September 2019), My Feelings (2015); The Captain Asks For a Show of Hands (2011)—an emotional, resilient response to some of the essential issues of our day; Some Ether (2000), which won the PEN/Joyce Osterweil Award; and Blind Huber (2002). Of Some Ether, Claudia Rankine wrote: “In their roaming uneasiness, these poems enact the hypodermic activity of grief. We are guided by a stunning and solitary voice into lives that have spiritually and physically imploded. No one survives and still there is so much to be felt. Here is sorrow and madness reconciled to humanity.” And of My Feelings, Marie Howe says, “Here he is again, writing as if his life depends on it, using every trick he can find to carve the tunnel through the mountain. Words are what he uses; silence is the sound they make.”