Alex Cano + The Bluechips Live at SSKB in Ossining 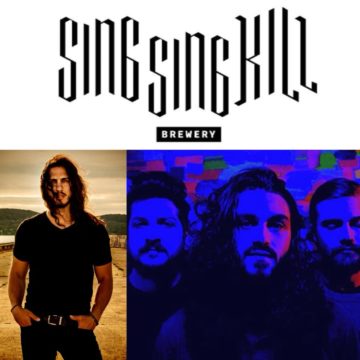 ALEX CANO is a Folk/Alternative Rock solo artist from South Salem, NY. He has performed nationwide with numerous projects/artists from the NYC, Hudson Valley, and Central New York regions.

Alex’s sound comes from an eclectic array of influences. His music has been described as a cross between energetic alternative rock, and reflective folk/roots rock with elements of outlaw and alt/country. His baritone voice has been compared to singers such as Jim Morrison, Johnny Cash, and Eddie Vedder. Most significant musical influences include bands and artists such as Led Zeppelin, Pearl Jam, Foo Fighters, Chris Stapleton, Jamestown Revival, The National, The Band, Jason Isbell, Sturgill Simpson, Johnny Cash, and Kris Kristofferson.

Alex’s debut album “Every Rise of the Sun” was released June 25, 2019 and is available on all digital platforms. He is currently on a North American tour in support of the record.

THE BLUECHIPS are a rock band from Westchester County, NY.

Bandmates Jake Albi (Vocals/Drums) and Paul Beladino (Vocals/Guitar) are childhood friends, who have been performing together for 10+ years. Now, along with bassist Tom Davis, the trio are seeking a new musical direction.