A "Sleepy Hollow News" bulletin addressed to residents in the Village encapsulates what has become Mayor Philip Zegarelli’s new motto, "Get it done." From the waterfront, to a new Senior Center, and groundbreaking for affordable housing on Valley Street, there is movement within Village government.

The General Motors site, to be developed as "Lighthouse Landing," has been a very exacting and complex undertaking for Mr.

Zegarelli, his Board of Trustees, a host of volunteer board members and other dedicated residents. The juxtaposition of development with the need to safeguard the environment has required a painstaking process to ensure the success of both. The preliminary Final Environmental Impact Statement (pFEIS) for "Lighthouse Landing" is expected to arrive at Village Hall by month’s end. One of the major areas being looked at is the degree of environmental clean-up which will be monitored and ultimately approved by a number of New York State agencies. In addition the pFEIS will look at traffic impacts, the utilization of the waterfront for public access and most importantly, the scale of the entire project and how it will link up with the rest of Sleepy Hollow.

Elm Street will be the home of a new Senior Center. Helping to establish the Center is grant money totaling $157,000, two modular office buildings donated by Ginsburg Development Corporation (GDC), along with a $20,000 gift from the Corporation for the permanent installation of the two modular units. The property for the Senior Center is Village-owned and Village Architect, Sean McCarthy has designed a new building that will include the modulars, in what will be the "second phase" of the project. Upon completion, Sleepy Hollow seniors will have a Center that incorporates 6,000 square feet of meeting, recreational and kitchen space. Congresswoman Nita Lowey and State Senator Nicholas Spano have helped secure funding and the Village is currently seeking additional grants to complete the project.

A 15.8 million dollar project is underway on Valley Street which, when completed, will provide 64 subsidized apartments for "income-eligible" senior citizens. A host of county and state-elected officials were on hand in early November for the official groundbreaking ceremony. The nine-story building is scheduled for completion and occupancy in July of 2008. Ken Gentile, the Director of the North Tarrytown Housing Authority, along with Mayor Zegarelli and his Board members were lauded by Westchester County Executive Andy Spano as being in the forefront of affordable housing issues. The one-bedroom apartments will serve two purposes. The first allows the elderly to remain in the Village and the second is the freeing up of living quarters for larger families in other public housing buildings.

As the Village moves into 2007 it carries a sense of momentum and accomplishment in many other areas as well. A $2.1 million "improvement plan" for Barnhart Park is underway, while work at Horan’s Landing and Kingsland Point Park continues for the benefit of public recreation and access to the Hudson River. 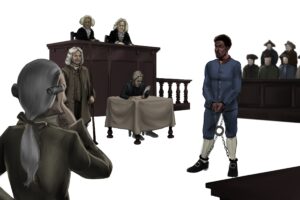