What does that mean exactly?

The bill, known as the Marijuana Regulation and Taxation Act (MRTA), was passed by a 94-56 margin in the state Assembly and 40-23 in the state Senate. Among its supporters was Senator Pete Harckham, whose 40th District includes the City of Peekskill and Town of Cortlandt.

“With proper safeguards in place, and an opportunity to correct injustices while strengthening our communities, this bill is the right thing to do,” said Harckham. “I am proud to have participated in its creation.”

One notable dissenter was Assemblywoman Sandy Galef, who voted “No” on the bill. She had previously cosponsored a 2012 bill to legalize medical marijuana in the state.

The bill states that a 13% tax rate will be placed on marijuana sales, with 3% of the tax revenue given back to municipalities. According to the state, tax collections are projected to reach $350 million annually.

“I think it’s going to be a gigantic market, based on the billions of dollars that have been generated in other states,” said Andrew Schriever of the Hudson Valley Cannabis Industry Association (HVCIA).

Forty percent of tax revenue will go towards schools and 40% to community reinvestment, while the remaining 20% will fund drug treatment and education.

On the local level, officials must work out specific issues of zoning and enforcement in the context of the new bill. While they can’t outlaw the drug outright, they need to decide by the end of 2021 whether to “opt out” of allowing marijuana-based businesses within their local borders. However, their decisions can be overturned by a public referendum.

Ossining Mayor Rika Levin is thinking about what happens if some river towns opt out and others do not. “I do think it matters whether neighboring communities vote one way or the other, and how it will affect their neighbors,” said Levin.

For Croton-on-Hudson Mayor Brian Pugh, there is little hesitation on the subject.

“If the Village of Croton were to opt out of allowing marijuana sales and delivery within our jurisdiction, there is no doubt that a portion of residents of Croton-on-Hudson will consume marijuana purchased elsewhere — just as some even do now,” said Pugh.

“For all practical purposes, the only thing we’d be opting out from is revenue-sharing that our community needs, to support our first-responders and other vital public services.”

In Peekskill, the issue is sure to play a role in the city’s upcoming elections. The Progress4Peekskill (P4P) Democratic slate has come out strongly against opting out.

“It is imperative that Peekskill embrace this legislation and make sure that it results in much-needed jobs, tax revenue to reinvest back into our community through improved city services, and, most importantly, programs and opportunity for those harmed by decades of injustice,” said Conor Greene, P4P mayoral candidate.

“The questions that have been left open by the legislation are critical in the way they get answered now,” said Schriever. “Now that we’re on the other side of legalization, regulations will be implemented in the next six to nine months, and then they’re going to start coming up with the license applications.”

Issues still remain as to the number of licenses that will be issued, and the licensing process. Considerations include the effects of supply and demand and how best to incorporate the “legacy” market – those who previously sold marijuana illegally.

Licenses will be distributed to businesses planning on growing or selling marijuana, ensuring that they follow guidelines on quality control, safety, and consumer protection.

“Should a marijuana licensee seek to do business in the Village [of Croton], we will exercise [our] powers appropriately in the public interest, just as we do today with businesses that sell alcohol, tobacco and other regulated products,” said Pugh.

The state has a goal of issuing half of all licenses to women, veterans, or members of minority communities. Those so-called “social equity” applicants will be eligible for low or no-interest loans and access to entrepreneurial incubator programs.

Marijuana cultivators could join the independent farmers, wineries, and distilleries that have become a big part of the upstate economy.

Although legal marijuana is now the law of the land in New York, based on how other states have rolled out their programs, it will take at least 12-16 months before commercial sales fully meet whatever the demand may be.

“Two years from now, you’ll have your friendly neighborhood on-site consumption facility,” said Schriever, “Although they’ve got to come up with a better name for it.”

Christian Larson, of Peekskill, is Editor-at-Large of River Journal North, and host of its podcast RiverTalk. He is also an event planner. Visit him > capngoodtimes.com.

Preparing for the New “Normal” 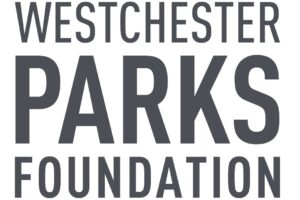 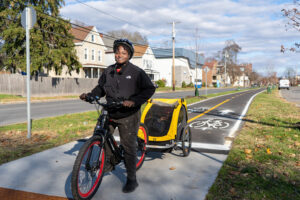