A pair of development proposals that could reshape the Tarrytown’s waterfront have launched the debate over what residents and officials envision for the area’s future.

A four-story “luxury boat hotel” could rise barely a third of a mile up Green Street from a redeveloped slice of village-owned parkland that now holds the Washington Irving Boat Club, under plans recently unveiled.

The Village of Tarrytown’s outreach to developers and other groups seeking ideas for reimagining its 6.1-acre parcel to create more riverfront access and recreation has raised questions about WIBC’s future.

The six-page document formally named a Request for Qualifications and Request for Interest and dated July 6 is the first step in a process aimed at capitalizing on the growing popularity of the Cuomo Bridge’s Shared Use Path and the RiverWalk among residents and visitors.

The village set a Sept. 22 deadline for attracting applicants with the capabilities and vision to redevelop the site at 238 Green St. This would lead to a short list of candidates for submitting a Request for Proposals, from which the village would select finalists for negotiating rights.

The RFQ/RFI lists possible amenities including “restaurants, marina, docks, bike rentals, kayak rentals, etc. Creativity within the response and past work will be given high consideration.” One key priority is connecting the Riverwalk to the Green Street site.

Examples of similar development on municipal parkland cited in the RFQ/RFI are the restaurant at Rye Town Park and the Playland Park Pier Restaurant & Tiki Bar.

“I can’t say the village has a firm vision in mind except to say that we anticipate regional traffic and tourism to increase in that area because of the Riverwalk and that’s the key component for what we anticipate in that area,” Village Manager Richard Slingerland said last month. “The location is already a significant draw and it is certainly very popular.”

Of the potential applicants, “It could be a developer or consortium, but has to be a parks and recreation use, it can’t be residential or commercial,” Slingerland said.

A firm timeline for the redevelopment has not been established. “Nothing’s going to happen for quite some time,” he said.

Mayor Tom Butler mentioned a children’s museum as a possibility for the site. He said the income Tarrytown derived from the boat club was minimal and hoped the new arrangement could generate additional revenue for the village to help relieve the tax burden for residents.

Butler called recreational opportunities the main focus but said “with that, there’s always an economic piece to it.”

The 70-year-old boat club, which maintains the 90-slip marina, took over the restaurant earlier this year from the former operator, Sunset Cove.

The boat club’s board of directors had not publicly commented on the village’s plans, although screenshots of the RFQ/RFI were posted on the club’s Facebook page on Aug. 1.

The club’s Facebook post drew dozens of responses, with many commenters lamenting the potential loss of the boat club, calling it “a magical place” with history and charm that should go untouched. When the club’s post was shared on the village’s 10591 Facebook page, comments were mixed, with some suspicious of the village’s motives while others expressed support for upgraded amenities at the site.

An online petition calling for the boat club’s preservation, accusing the village of intending to “replace it with a high end tourist attraction” had garnered nearly 300 signatures as of Aug. 30.

Slingerland said the village’s plans were not a surprise to the boat club’s representatives, and they were welcome to form a group to join the application process.

“We did let the boat club know that this was how we were planning to proceed for quite some time,” he said. “We let them know that they would be able to submit an expression of interest and qualifications as well.”

Slingerland points out that the club’s six-month license agreement to operate the popular dining spot that ended June 30 was recently extended through Dec. 31.

“So the village never conveyed any other impression other than this was a short-term extension of the license agreement while we’re doing this process,” he said.

WIBC isn’t the only property that could be part of the waterfront shakeup.

Just upriver at 236 Green St., Tarrytown Marina LLC is seeking approval to build a “wharf hotel” plus a waterfront restaurant and create access to the RiverWalk.

Plans on file with the village call for a four-story, 103-room “luxury boutique hotel” that “would add to Tarrytown’s reputation as a premier waterfront destination along the Hudson River, and reactivate the Marina and ensure its longevity for the Boat Club and public at large.”

The applicant states the proposal fits within the Waterfront District’s 45-foot height requirement, and that the project “takes its architectural inspiration from the many historic buildings in Tarrytown.”

The developer notes that the project is accessible by boat, train and car, and would not “generate significant new traffic or parking demands.” Onsite parking for 92 cars is included in the plan.

An Aug. 23 public hearing on the proposal before the village Planning Board was adjourned and had not been rescheduled as of publication. 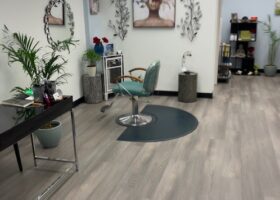 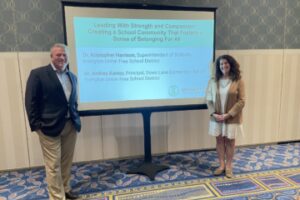