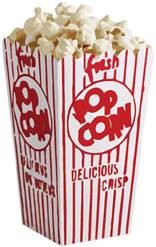 Lights, Camera, Action take two. Since Greenburgh Under the Hollywood Lights: The TV shows and Movies Filmed in Greenburgh Part I was such a hit with our readers, we decided to do a part II. This one looks at TV Shows and movies filmed here based on recommendations from our readers.

Town residents told us where and when these were filmed. The one full-length movie on this list was in the American Film Institute’s database and so we have cited AFI’s database, but the TV shows were not in this database. Therefore we were unable to corroborate much of this information. If anyone has any documentation that can help us, please send it to assistanthistorian@greenburghny.com.

The 1984 Ulu Grosbard movie Falling in Love starring Meryl Streep and Robert DeNiro was filmed in Dobbs Ferry. Some scenes were shot in the Dobbs Ferry Train Station.

In the movie, a doctor’s wife, Molly, (Streep), and an architect named Frank (DeNiro), who is married with two young children, meet accidently when their packages get mixed up while Christmas shopping. A few months later, they meet again on a train bound for New York City. They are attracted to each other but neither wants to be unfaithful to their respective spouses. Yet they begin falling in love against their better judgments.

Thirty-three years later, the themes of fidelity and infidelity brought Greenburgh back to the big screen with HBO’s “The Affair”.

In 2017, some scenes of the third season of “The Affair” created by Hagai Levi and Sarah Treem and starring Dominic West, Ruth Wilson, and Maura Tierney were filmed in Dobbs Ferry.  The show follows an affair between a struggling novelist, Noah (West) and a waitress, Alison (Wilson). The fallout from their affair leads to: multiple divorces, a vehicular homicide incident, and arson. The show has four completed seasons and the fifth and final one is currently being filmed. 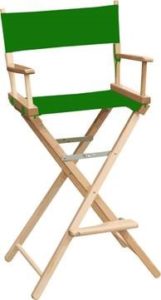 As recounted in Part 1 of Greenburgh Under the Hollywood Lights, in movies such as The Wolf of Wall Street and The Girl on a Train and in the TV Show “Quantico,” crime and punishment has dominated Greenburgh’s screen time. Continuing with this theme, scenes in several episodes of NBC’s hit TV show “The Blacklist” created by Jon Bokenkamp and starring: James Spader, Megan Boone and Diego Klattenhoff were filmed in Tarrytown. The show follows the adventures of Raymond Reddington and Elizabeth Keen. In the show, Reddington (Spader) was once a highly decorated U.S. Naval intelligence officer who everyone called “Red.” That was many years ago, before he mysteriously disappeared and became involved with a network of thieves, illegal arms dealers, drug-lords, and terrorists. He is now known as the “Concierge of Crime”.

These activities put him on the F.B.I’s top 10 most wanted fugitives list. After eluding capture for several decades, he surrenders to the F.B.I. voluntarily. Curiously he requests to speak with the F.B.I.’s newest profiler Elizabeth Keen (Boone). He provides her with a list of his former associates most of whom the F.B.I never knew existed. He eventually ends up on a special FBI task force where he not only helps locate these criminals and terrorists but also helps apprehend them. However, usually he is not working out of the greater good; he usually has his own ulterior motives for providing assistance.

The show now has six seasons. The scenes that were filmed in Tarrytown were at the old El Dorado West Diner at 460 South Broadway – now the Honda Service Center – and the Tarrytown Music Hall at 13 Main Street.

In 2015, “Breaking Bad” star Bryan Cranston created the show, “Sneaky Pete” which also explores the theme of crime and punishment.

In the show a con man named Marius is feeling good now that he is finally being released from prison. Except that a ruthless gangster wants him dead. In desperation he assumes the name of his cellmate Pete and contacts Pete’s estranged family. The last scene of the last episode of the first season was filmed in the Hartsdale Train Station. 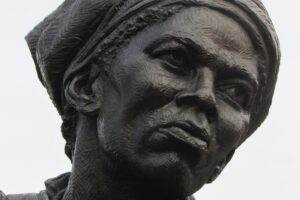