The effects of Hurricane Katrina may be less visible now that television crews and celebrities have for the most part left New Orleans. However, devastation is evident throughout the City, according to Donnell Nichols, who recently delivered a new Chevrolet pickup truck donated by the Rotary Club of the Tarrytowns, to his Salvation Army co-workers in Louisiana.

Mr. Nichols and a colleague drove the half-ton white Chevrolet Silverado with the red Salvation Army emblem on its front doors and the inscription, “This truck donated by the Rotary Club of the Tarrytowns” painted on the side panels, from Tarrytown to New Orleans.

The truck’s bed was filled with tools and wheelbarrows to help Salvation Army workers with the restoration of neighborhoods that were underwater after the levees were breached. “We delivered the truck to the main recovery center and everyone was ecstatic to have it and the tools,” Mr. Nichols said. He described the overall impression of what he saw in one word — scary. “I saw a lot of grief and sections of the city just looked gloomy, very gloomy and dreary. Definitely in need of emotional and spiritual care,” he noted. “There seemed to be two kinds of people in the City. Those just returning and those who have remained and are trying to cope. Our (The Salvation Army’s) recovery center is a thrift store and serves about 350 people a day with food packs, toiletries, cleaning products and furniture. There were no supermarkets that I saw open. Only a few chain stores plus one gas station to meet people’s needs. There just aren’t people to work in the stores because they don’t have a place to live after they leave their jobs,” he added. Mr. Nichols saw over 500 empty trailers sent to New Orleans to provide temporary housing for those left homeless. The trailers remain unused due to the lack of inspectors needed to distribute and set them up correctly. Despite the reality of life in New Orleans, Donnell Nichols was quick to point out that people had smiles on their faces and were very positive about rebuilding their City. According to the workers he spoke with, three to four years of hard work is a conservative estimate.

In its own small and positive way the new pickup truck he delivered will aid in the restoration of normalcy to the people who need it the most. The truck donation is a story in its own right. It started with a full-page advertisement in this publication last September, announcing that the Rotary Club was accepting donations for hurricane relief efforts in New Orleans. The Miles Hodson Vernon Foundation, Inc. saw the ad and made a large contribution to the Club. Additional money was raised through community contributions and a Rotary art auction.

Rotary member JoAnne Murray, its current president Howard Smith, Anthony Gallicchio of the Sleepy Hollow Salvation Army and Roger Rischawy, Director of Disaster Services from the Greater New York Division reviewed the most pressing needs of New Orleans. According to Ms. Murray a wish list resulted from the Salvation Army’s Unified Command Headquarters in Jackson, Mississippi. “Home repair/gutting is paramount to all the affected communities in regaining financial stability. Most of the businesses in the New Orleans area are still closed or running at very restricted hours, mostly because business owners and employees cannot live in the surrounding areas,” stated Judith Hale, a Unified Command liaison officer. Ms. Hale sent a list of equipment needed which included a new pickup truck for moving equipment and supplies to various damaged neighborhoods from the Salvation Army supply depots near the City.

This prompted Howard Smith to contact salesman Joe Roman at Frank Chevrolet. Mr. Roman located the type of truck needed and discounted its cost to the Rotary. Greg Goldberg of Goldberg Hardware also discounted the cost of various tools and supplies needed by the Salvation Army. On Wednesday, March 15, the Rotary Club acknowledged the efforts of everyone involved, at a luncheon, and the truck carrying wheel barrows, hand trucks, sledge hammers, shovels, rakes, hardhats and more, was dispatched to New Orleans.

According to the “Fast Facts” published by the Salvation Army’s Community Relations and Development Department, as of March 3, over $336,000,000 had been received in donations and $122,000,000 (33%) had been spent on initial response services such as, direct financial assistance to survivors, meal services, cleaning and personal hygiene supplies, equipment and transportation. The Rotary, the Miles Vernon Hodson Foundation, Inc., other contributors and local businesses, can take comfort in knowing that they have made a difference in the lives of those in need. 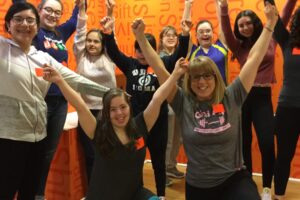 The Season to Give – Volunteering in the River Towns 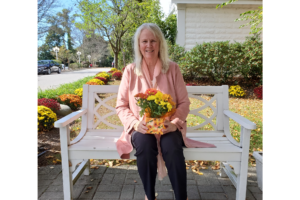