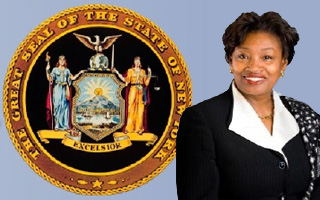 Legislation Will Save State and Local Governments Over $50 Million.  The Senate Democratic Conference  announced the introduction of legislation to hold the state’s Primary Election day for state and federal offices in June. This bill would save state and local governments $50 million by holding a single primary election and moving Primary Election day from the month of September. “This is a common sense and good government approach to save our local taxpayers at least $50 million and will help increase voter turnout, giving more people a voice in the electoral process,” Senate Democratic Conference Leader Andrea Stewart-Cousins said.

This bill, S.6204, sponsored by Democratic Conference Leader Andrea Stewart-Cousins is carried by Speaker Sheldon Silver in the State Assembly. This legislation would bring the state into compliance with the federal Military and Overseas Voter Empowerment (MOVE) Act, which enacted certain requirements for federal elections to accommodate service members overseas and other Americans living abroad.