Very seldom do journalists have the privilege or the opportunity to do a follow-up on a story of importance regardless of its national or local scope. Liking the adage “there are exceptions to every rule,” River Journal decided to re-interview former Tarrytowner and Union State Bank CEO Thomas E. Hales. He was the recipient of a double lung transplant having suffered from pulmonary fibrosis which very nearly took his life two years ago.

By his own admission the 73-year old Hales never intended to retire and thoroughly enjoyed the dynamics of running a business at the highest level. Now with his health in hand he has redirected his skill and energy to a new endeavor — helping others receive the vital organs they need in order to continue living. “Everyone remembers Robert Goulet. He was a fantastic singer. We were both in need of double lung transplants two years ago. He was waiting for a donor at Cedars-Sinai Medical Center in Los Angles while I waited at the University of Maryland Medical Center. My lungs came and his did not,” Hales said. The tone of his voice revealed how fortunate he felt.

With his network of notable people in and around New York State, Tom Hales has become involved in not only raising the awareness of organ donation but in advocating the passage of laws in the State increasing the availability of much needed organs, eyes and tissues. One of the lawmakers with whom Hales has coordinated this movement with is Assemblyman Richard L. Brodsky. He has also talked with the New York Organ Donor Network based in Manhattan, and specifically its President and CEO Elaine R. Berg.

Currently potential organ donors register with the Department of Motor Vehicles during licensing, or when applying for identity cards. There are, however, many people who don’t drive and as a result other potential organ donors are not reached through the DMV method. Through the efforts of Elaine Berg’s organization, educating the public to any new laws would be of paramount importance. The concept of a new law dealing with “presumed consent” would be that everyone is a donor. In order to accommodate those individuals not wanting to be included in such a program there would have to be an “opt out” registry. With New York State having the lowest organ donor enrollment rate (10%) in the nation, education on donation would be a must.

With education being the key to an informed public, any legislation passed at the State level would require providing health education regarding organ, eye and tissue donation in high schools. Legislation would also need to “include acceptance of electronic signatures on the NYS Donate Life Donor Registry.” The internet has become a viable alternative to individuals not prone to filling out registration forms and mailing them, but rather accomplishing the same result online. These and other important issues must be addressed if comprehensive and well-intentioned laws are passed and embraced by residents throughout the State.

Organ donation and the lives it saves are replete in media coverage. Steve Jobs of Apple received a liver transplant. Singer Natalie Cole a life saving kidney transplant. “As I talk more and more about the need for organ donors I am amazed at the people who know of a friend or loved one whose life was saved by receiving an organ donation,” Tom Hales said.

When considering becoming an organ donor it’s instructive and comforting to read the thoughts of major religions on the subject. “Catholics view organ and tissue donation as an act of charity, fraternal love and self-sacrifice. Jews believe that if it is possible to donate an organ to save a life, it is obligatory to do so. A former Protestant minister of the Riverside Church in Manhattan wrote that organ and tissue donation is considered to be the ultimate humanitarian act of benevolence. Muslims believe in the principle of saving human lives, and permit donation as a means of achieving that noble end.” These quotes were taken from literature presented by the New York Organ Donor Network. For more information readers can visit www.donatelifeny.org or call (646) 291-4444.

Tom Hales has set a few noteworthy goals in front of him as 2009 winds down and 2010 rises. He has enlisted the pro bono support of former State Senator Nick Spano as an envoy to Albany. With his guidance, Hales hopes to see an organ donor resolution enacted into law within the year. From there he will head to Washington with the goal of promoting organ donation nationwide through legislation. He has already made contact with Tommy Thompson the former Secretary of Health and Welfare, who is supportive of such legislation.

Mr. Hales definitely has the spirit of the season and beyond in his sights. He was helped and has the conviction and ability to help others. 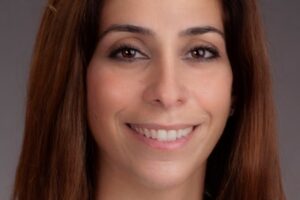 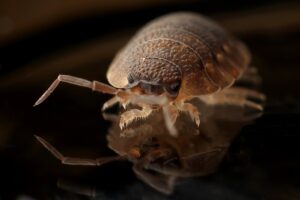